It’s been a long time since my last story about my journey. I think it’s obvious that I am to lazy to write it down, or maybe I don’t really want to share it. hehehe. Anyway, today is the 14th day of this year, so it means 2 weeks has passed and needs another 50 weeks to finish 2014 and then go to 2015. Still long to go if we count it, but short if we just pass it every week. Truth!. What I want to say is though 2 weeks has passed but my works are not going anywhere, still stagnant since last year. Giving the time, I should have done at least finish writing one paper and should have started to write the second paper. Since the first paper has been started ages ago, all I have to do is to revise the mathematical model and compare the experiment result with the simulation result. However, all I have done now still wandering around this mathematical model, though it’s finish now. Thank God. Now, I can re-write this paper. Fighting!

Like last year I don’t want to make any list for my resolutions for this year. I made it before like in this post, but look what I got, nothing. I could not accomplished any of it. Since that, I stop to make the list of resolutions and just do whatever good to be true. Last year 2013 perhaps is the year with many colors in my life since I came here to Korea. As a student sometimes, I stuck with the everyday routine even on the weekend and holidays. Stay in the lab, do the research thingy, sleep, and spend the time at my small cubical room. But last year I think, I have variety of activities. Thanks to many friends in Church especially Indonesian friend, spending time with them after the service had made my weekend not so lame and plain. Those laughter and sharing time are precious for me. Hope to have it again in this year. Though, unlikely so, since many of us become busier than before.

Became addicted to since played together with Indonesian friend from Church.

Another color that happened last year, I guess trip to Japan. After almost 5 times of Chuseok always stay in Seoul, finally I could go out of Seoul for the first time since came to Korea. Memorable, hectic, almost gave up on visa application, almost stuck in immigration out of Korea, but end up with a 5 days unforgettable trip. Osaka – Kyoto – Tokyo were covered. Yeay!! Make me want to go again to Japan especially Osaka and Kyoto. But I need to go to Europe first before making trip again to Japan. Finland, wait for me! hahaha.

Back to Korea from Japan, I actually had to prepare trip to India for Conference in Unmanned Vehicle area. Though my paper is not related to unmanned vehicle, but it accepted anyway. So I went there, presented the paper, had trip to Agra, Taj-Mahal, -the famous palace which I only knew back then from books since elementary school-. Not bad for India trip I guess. Since India most likely like Indonesia in terms weather, I did not expect to much from the trip. But it turned out to be okay I think. By the way, I was really not into this conference since it’s not related to my research field, and it’s in India. So, while preparing it, I kind of making fun of it and not prepared the paper well. Long story short, Prof scolded me and I had to make the paper looks good. 🙂 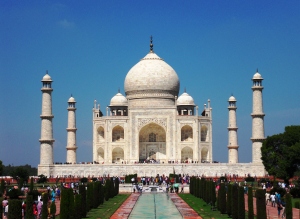 I think, that would sum up the colors of my life last year. Of course I had this research experiment in the towing tank almost every week for three months, but it will be to boring to share it here again and again. This study have to finish this semester. Write two papers, submit, thesis, and then graduate. Amin!!

Oh yeah, I finally get my guitar, bought it second hand but I think it’s quite good and no regret. Other thing that comes this new year is smartphone!!! hahaha. I finally decided to buy smartphone, though my last phone still available. After gave it some thoughts, decided to have smartphone and hope I will use it wisely.

Hmmm… So that’s it for this post. See you again.